"Complete the game after unlocking everything in the living room to unlock Badass Mode."

The Badass Mode is a difficulty in Soul Knight. The Badass Travel will allow the player to switch between levels of difficulty.

After unlocking every other Living Room extension, the player must then beat the game by reaching 3-6.

The Badass Travel will then spawn in the Living Room, offering the player to switch between Normal and Badass Mode for the next run. 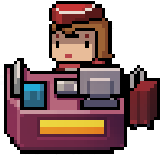 The Badass Travel before version 2.7.0

Badass Travel, CNY Edition, before version 2.7.0
Add a photo to this gallery

Retrieved from "https://soul-knight.fandom.com/wiki/Badass_Mode?oldid=69027"
Community content is available under CC-BY-SA unless otherwise noted.