Characters are playable heroes and can be controlled by the player in-game.

There are currently 17 playable characters.

Different characters have a unique set of stats, skills and starter weapons (see table below).

Some characters can be purchased using in-game gems. Others can only be acquired by purchasing them with real money.

The player can select a character by tapping on them in the Living Room after starting a game. Each character has their own set of skins, which are obtainable through different methods. 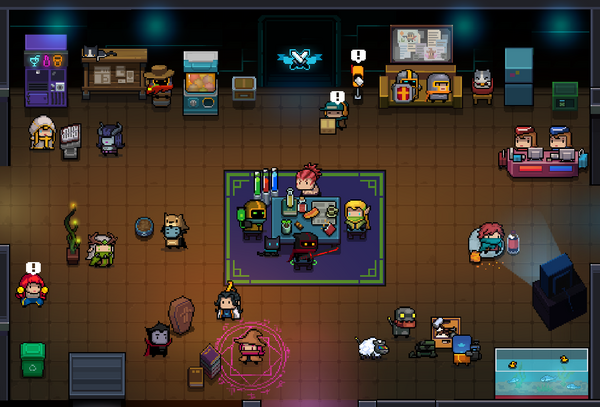 ​​​​​Levelling up a character gives the following bonuses:

Each character has something to say when the player interacts with them.

They also have normal properties like the player; such as can be affected with Burn, healed and shielded by the Priest, etc. Most of these would just occur in the Living Room, however.

If the player has unlocked other characters, a character different from the player's (different from all in Multiplayer mode) may also appear at the starting room of each floor, as an NPC during a run. Talking to that character will cause something to happen, depending on the character the player is talking to. Some may even follow the player and attack enemies for the rest of the current floor.

The values in the table for health, armor and energy are initial stats (with the upgraded stats in brackets next to them).

Retrieved from "https://soul-knight.fandom.com/wiki/Characters?oldid=68802"
Community content is available under CC-BY-SA unless otherwise noted.