Enemies are NPCs that the player must fight in the dungeon. Most of them deal damage whereas some few heal other enemies or create new ones (see below). Enemies spawn in enemy or boss rooms (exceptions: Turret, Chester, Mad Scientist). To pass the room, the player must defeat all enemies in it. Enemies found in the last room of level x-5 are bosses. Bosses are extremely powerful enemies that block the way into the next level; a portal leading to the next level will spawn after defeating them.

Sometimes more powerful enemies who are stronger than their original form appear. These are known as Champions. They are easily identified as they are bigger and have a purple glow around them.

In later floors of some biomes, there is a type of special enemy whose function is to generate a specified list of enemies. They have these common traits:

The most basic form, used by pistols and rifles.

Homes on player and explodes upon any impact. May Burn. Only used by Elite Miner Heavy

Slow, lingers for a while. Cannot be reflected. Sometimes appear as bullet/charging trails

Bouncy against objects only, up to 3 times. Can pierce through player

May explode and/or spill out small bullets. 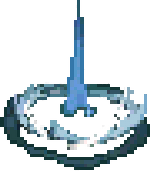 Another basic form. May poison

May linger and/or spill out bullets. May create chains of bullets, preventing player movement

Homes on the target. Cannot be bounced

Explodes upon hitting the ground. May Burn.

Travels fast. May leave a trail of different types of bullets. Used by snipers and some champions

Travels at a moderate speed.

Travels at a good speed.

Can deal damage per tick.

May deal high damage. Places a fire pool upon landing.

Explodes upon impact. Travels very fast. Hard to bounce
Add a photo to this gallery

Retrieved from "https://soul-knight.fandom.com/wiki/Enemies?oldid=74772"
Community content is available under CC-BY-SA unless otherwise noted.